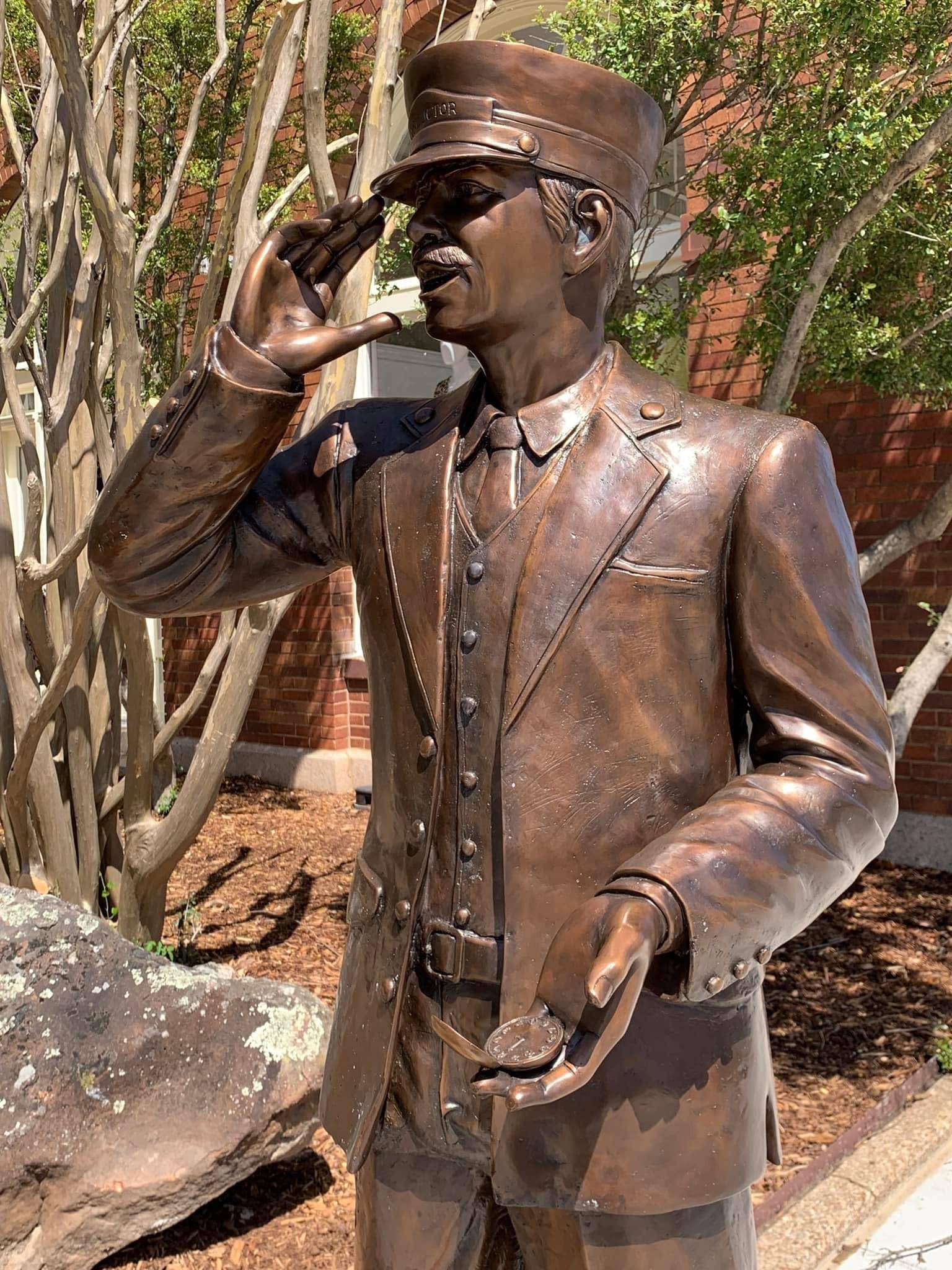 A bronze statue of a train conductor, "All Aboard" from Randolph Rose Collection - Yonkers, NY. See the statue here. 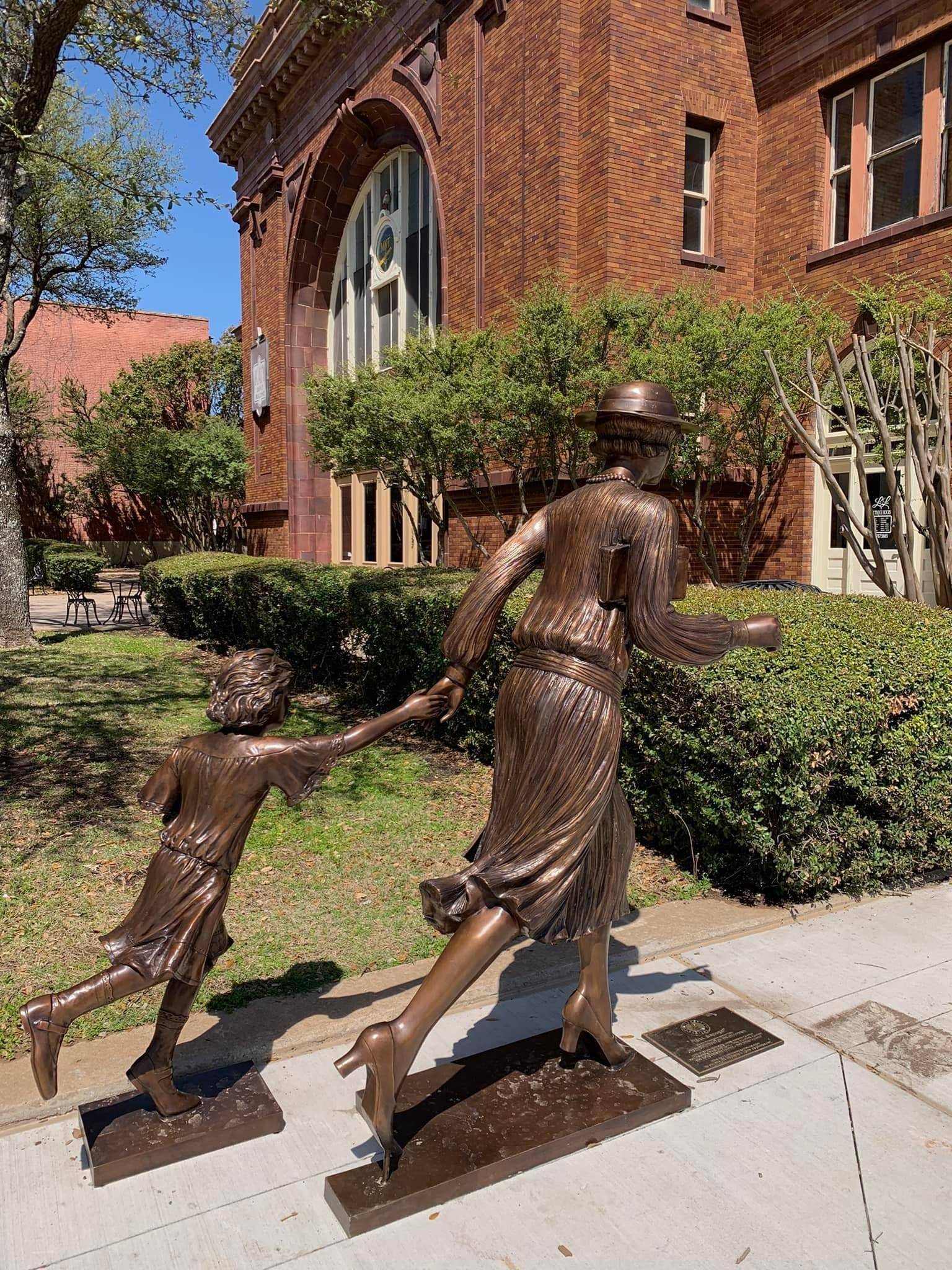 As a part of its 150th birthday, Denison is turning to its past for a new piece of public art. The city is planning to install a new sculpture outside the Katy Depot building that will pay homage to the city's past as a railroad hub in the last 19th and early 20th centuries.

The proposed sculpture was quietly approved for placement by the Denison Historic Preservation Board earlier this week, setting the stage for the purchase and installation of the piece this winter outside of the Katy Depot.

"We thought it would be a good tribute to the city on its 150th anniversary and sesquicentennial and it really honors the heritage of the railroad that we are going for," Denison Mayor Pro Tem Brian Hander said.

The new three-piece bronze sculpture, entitled "All Aboard," was created by the Randolph Rose Collection and depicts a train conductor calling out to riders preparing to board a train. Nearby, a woman and a small child run to catch the train before it departs the station.

This would mark the second Randolph Rose sculpture in Denison following another piece located at Waples Memorial United Methodist Church.

"We do have a basis here for their work," Hander said. "They are a really great company to work with, and I think people are going to be really happy with this.

Hander said he started looking at ways to celebrate the city's 150th anniversary in late 2020 when he found the sculptor and the piece. Currently, only three copies of All Aboard exist, he said.

The depot was built in the early 1910s and the sculpture depicts people dressed in 1920s fashions, which Hander felt would pay honor to the heyday of Denison's rail history.

The city has dedicated $14,000 to the project — roughly half the cost of the sculpture, Hander said, adding that his family has dedicated an additional $2,000 for the project. Organizers have also approached the Denison Arts Council regarding funding, but the project needed approval by Historic Preservation before they could consider it.

The sculpture will come at the culmination of several projects within the city, including the restoration of the depot and the nearby Hotel Denison. Hander hopes that the sculpture will also serve as a landmark for the city's visitor's center, which is located inside the depot.

Plans are still being made for the anniversary, but Hander said he hopes to include all of these parts of the city's past in its festivities.

See All Aboard Train Set >