Randolph Rose Collection In The News

What is Patina and How it is Used with Bronze Sculptures

What is Patina and How it is Used with Bronze Sculptures

Most of the bronze statues we create at Randolph Rose have patina. It’s used to accentuate pieces, provide contrast, imply age, introduce color to the bronze, and sometimes to add a dose of reality to our detailed statues.

If you’ve seen any of our pieces in person or on our website, you’ve seen patina. You may just not be familiar with the term and meaning behind it.

Patina refers to a natural oxidation process common in some metals when they are exposed to air and water. It is common in bronze and copper. However, rust on steel is a type of patina. So is tarnish on silver.

Oxygen and water molecules react with the metal and form a layer of corrosion that discolors the metal. Think of the Statue of Liberty. This statue is clad in copper sheets, but its long exposure to the air and water has corroded the copper, giving it the statue’s iconic green color. That green color is patina, therefore the Statue of Liberty is the perfect example of a beautiful patina statue.

In an artistic sense, you can think of patina as anything applied to or done to the surface of a metal to alter its color and appearance. This can be a forced chemical reaction, a varnish, and even gilding.

The same general process behind the formation of patina can be used for creative effect. While the Statue of Liberty may have taken years—even decades—to form its patina, a sculptor can replicate and accelerate the patina process to add various colors to the bronze. The processes we use, however, creates patina in a fraction of the time it would take to appear naturally.

The native color of a high-quality bronze is gold. Artisans use different chemicals and processes to introduce variations of color. Bronze statues are frequently seen in a deep brown color. For instance, the Davy Crockett Custom Bronze Statue from our collection appears with a dark patina. For this desired color result, a sculptor or artist might apply heat and Potash (also known as Liver of Sulfur) to the bronze.

Since bronze is composed of copper, many of our statues come with the green-blue patina that naturally forms on copper. The Greco Roman Vintage Putto and Fish Fountain shows a green patina, which gives it a natural, aged appearance. To achieve this color, our craftspeople apply Cupric Nitrate.

There are many combinations of chemicals, heat, and cold that can result in beautiful colors and finishes on bronze.  Patinas can also be applied in layers to accomplish a beautiful assortment of interesting artistic effects.

Creating a beautiful patina on bronze is a craft that requires an understanding of how bronze ages, the various chemicals used for patina, how the surface of it is finished, and a skilled hand. Some might say it is becoming a lost art. We at Randolph Rose pride ourselves on masterful bronze patina statues.

Most of the bronze statues we create at Randolph Rose have patina. It’s used...
READ FULL ARTICLE 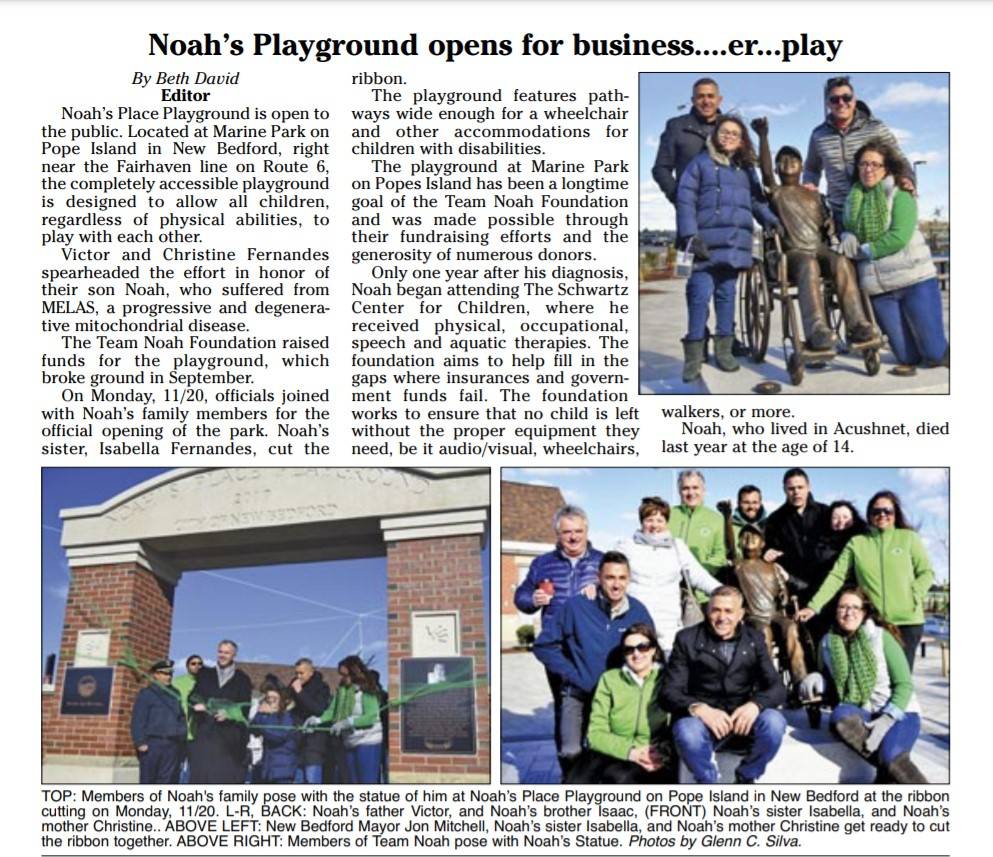 Ron and Joanna Garutti are financing the 12-foot high statue named "Victory" that will portray the armored Scarlet Knight raising his sword in victory atop his steed.

The 2,500-pound statue will be mounted upon a 5½-foot black granite pedestal, bringing its total height to 18 feet above the plaza. It will be lighted from above and below.

"Ron and I have long traveled to our opponents' campuses, where we so often would see a statue representative of the school's mascot or tradition," said Joanna Garutti. "We felt that Rutgers, a proud Big Ten university, deserved to have its own statue, so we decided to fund it."

Ron Garutti added, "Our hope is that this symbol of our great university, while standing outside the football stadium, will be a source of pride to the entire Rutgers community and to the State of New Jersey. A source of pride to all our athletic teams, Rutgers students, faculty, alumni, donors, fans, visiting high school students, and all New Jersey residents. We would love to see it become a destination point for all visitors to our beautiful campus, a must-see spot for the taking of photos. Most of all, we hope people will looThe Garutti's gift is the latest in their support of Rutgers Athletics. The Ron and Joanna Garutti Strength and Conditioning Center opened inside the football program's Hale Center in the summer of 2016. The couple, 2016 recipients of the 1869 Legacy Award for "lifetime impact on Rutgers Athletics," also fully endow a football scholarship, and have generously supported the Big Ten Champions Fund. Ron is Vice-Chair of the Rutgers Board of Trustees and a member of the Rutgers Board of Overseers.

"We are so appreciative that Ron and Joanna are adding this very visible symbol of Scarlet Knight pride and commitment to excellence," said Rutgers Director of Athletics Pat Hobbs. "Time and time again the Garuttis are there for us. And what a great way to kick off our 150th-anniversary celebration."

The "Victory" statue will be dedicated Friday, Aug. 30, before Rutgers' season opener against University of Massachusetts Mass, and will kick-off a season-long celebration of the 150th anniversary of the first college football game played at Rutgers and recognition of the school as the Birthplace of College Football.k at it, and say, 'I am proud of Rutgers University.' "

The dedication will represent the culmination of a more than two-year creative and artistic process, during which time the Garuttis worked with a multidisciplinary internal Rutgers team, the design team of the actual sculptors of the statue from the Randolph Rose Collection of Yonkers, N.Y., the architectural team from Perkins Eastman of New York, N.Y., and the general contractor of the project, Michael Riesz and Co. of Woodbridge.

Heritage Park Phase 4 is now open to the public, according to the town of Flower Mound.

While not 100 percent complete, the fourth and final phase of the park’s Master Plan was opened to the public on Saturday, according to a town news release. The soft opening for the public includes the disc-golf course, multipurpose trail, wildlife encounter nature trail with life-size bronze sculptures, interpretive signs, plaza and additional parking.

Parks and Recreation staff are still working to put the finishing touches on the wildflower meadow, landscape, decorative entry circle, interpretive panels at the kiosk and the disc golf course map. All of these features are anticipated to be finished by the ribbon-cutting ceremony, scheduled for March 30.

The Master Plan for Heritage Park, 600 Spinks Road, was first opened to the public in October 2012. After years of improvements during the first three phases, construction began on Phase 4 in April 2018.

One of the highlight’s of the final phase is the nature trail, which is stamped and colored to blend in with the natural surroundings to provide a safe and accessible trail, according to the town. Along the path, park users will encounter 12 life-size bronze sculptures of indigenous animals to the Flower Mound area such as bobcats, deer and coyotes. In addition, there will be interpretive signage of each animal that will include pictures, facts and descriptions, as well as life-size paw prints that park goers can then use to find the location of the print in the nature trail.

Heritage Park Phase 4 is now open to the public, according to the town of...
READ FULL ARTICLE Yonkers, New York - The area consisting of the former carpet mills has been formally named The Carpet Mills Arts District (CMAD), a milestonethat further validates a community of artists that have been operating in the area since the 1990s.

The City of Yonkers will hold a ribboncutting ceremony at 578 Nepperhan Avenue on Wed April 29 at 1 PM to make the official announcement. There are approximately 100+ artists currently working within the district. A group of area building owners, known as the Owners' Coalition, is working toward a change in zoning that would allow for ground-level retail options like restaurants and specialty shops.

The group has developed a creative site improvement vision for the district, which promises to solidify and enhance the district's identity in the arts and creative industries - naturally drawing further businesses, tenants, and patrons to the area.

In the coming months, visitors will see a lot of activity at the Carpet Mills Arts District, including its participation in Yonkers Arts Weekend May 1-3 and the 12th Annual YoHo Open Studio event May 2nd and 3rd. An established topography and graphic design will represent the district throughout the area, in various marketing materials, and on the Internet. Additionally, the district is prepared to implement Phase 1 of the Perimeter Banners, and hopes to install more than 40 festive banners around the outer boundaries of the district. The banners will be seen along Nepperhan, Lake Avenue, Axminster Street, and Saw Mill River Road, and will promote the arts and the community, as well as provide stunning photograph opportunities against the already photogenic architecture.

The Carpet Mills Arts District and its owners' coalition is a prime example of a grassroots movement bringing transformation to a deteriorating and under-used urban area.